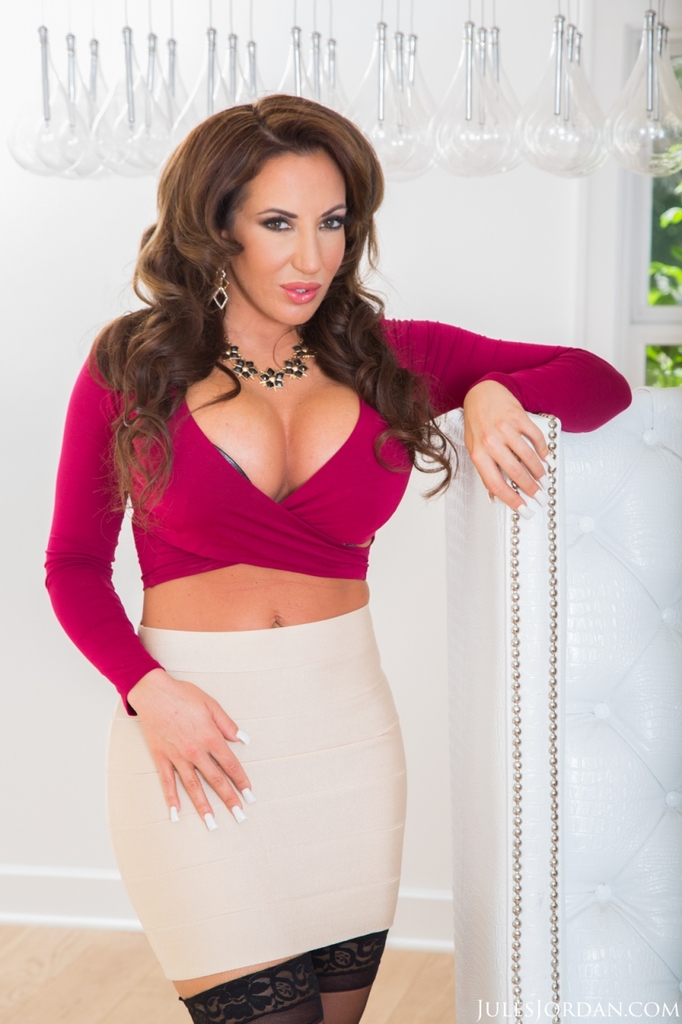 Browsing the web or social media chances are that you’ll come across Richelle Ryan. In today’s world, it’s tough to get people’s attention and keep it. That’s not the case with Richelle Ryan. You won’t be able to look away from your phone, tablet, or computer if Richelle Ryan is displayed on your screen. These days it’s not enough to be a pretty face in the adult entertainment industry. Aside from appearing in movies and online content, adult film stars must have a social media presence. This is where Richelle Ryan shines, and she always takes the time to connect with her fans online and when she’s feature dancing across the country. Richelle is also a football fan, notably the New York Giants. It’s always fun and exciting to see what Richelle comes out with next, and we highly recommend that you stay tuned to Richelle Ryan’s career (you won’t regret it).

How did you get interested in the adult entertainment industry?

Richelle Ryan: I was working as a stripper, and it just blossomed from there.

When you first started out what were your experiences like?

Richelle Ryan: So exciting, different, living in California was a whole new way of life for me.

Did you have a specific goal (or goals) in mind that you wanted to accomplish in the industry?

Do you read? If so, what are one to three books that have significantly influenced your life?

Richelle Ryan: The Subtle Art of Not Giving a Fuck, The Cold Hard Truth on Men, Women and Money.

How has a failure, or apparent failure, set you up for later success. Do you have a “favorite failure” of yours?

Richelle Ryan: Can’t say I have failed. I always strive to be number one.

What is one of the best or most worthwhile investments you’ve ever made? (Could be an investment of money, time, energy, etc.)

Richelle Ryan: Buying my house was my best recent investment and my french bulldog, haha.

In the last five years, what new belief, behavior, or habit has most improved your life?

How do you handle negativity that is directed towards you?

Richelle Ryan: I just ignore it. Clearly, they know who I am if they reached out to me to write something foolish.

What advice would you give to someone that is trying to achieve a goal? What advice should they ignore?

Richelle Ryan: Ignore any type of negativity, it will only pull you down.

What can people expect to see from you in the future?

Richelle Ryan: Nothing but the best. I truly love what I do more than ever, and want to give my fans 110%. Thank you for the support over the years.

iThere are no comments

This site uses Akismet to reduce spam. Learn how your comment data is processed.

Begin typing your search above and press return to search. Press Esc to cancel.